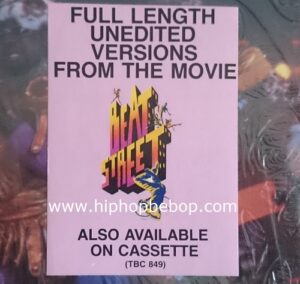 Another banging release this time featuring Shango, another group formed by Bam. This is the fourth release from Bambaataa’s “Planet Rock” album and was also featured in the movie Beat Street.