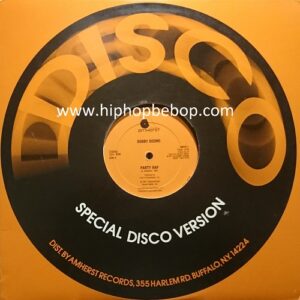 Disco rap 2 tracker from Canadian duo Bobby Deemo aka Bob Boyer & Demo Cates, taken from their only album, “Rap The Night Away With The Bobby Deemo Band”. This single seems to have been their last release and unlike their previous singles, was only a US release.