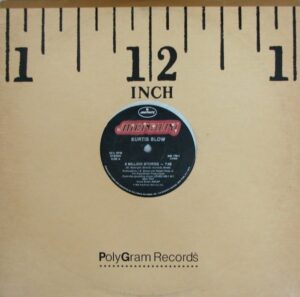 This is the first track released from his Ego Trip album and features an uncredited Run DMC. (Run was originally known as the son of Kurtis Blow). It is a story about each and everyone living in NYC at the time having a different story to tell and highlights a few.

The flip side features a dedication to his DJ, AJ Scratch (R.I.P.).

There is a standard release with the different flip side track and also a promo which just has the title track on both sides but both versions have the same catalogue number.