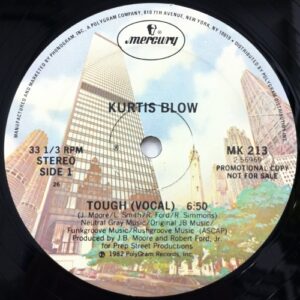 First single from the album of the same name. The intro, “So why has it got to be so damn tough”, has been used by various DJ’s as a scratch tool, notably DSt’s “Megamix II: Why is it fresh?” and probably the most memorable, Tuff Crew’s “My part of town”. There are two promo’s with different catalogue numbers, one the same as the normal release and the other with MK 213, but all releases have the same track listing.