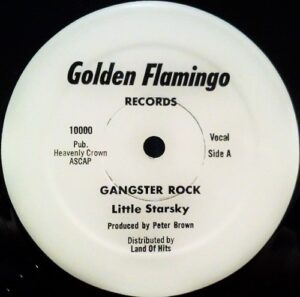 Little Starsky aka Lovebug Starski, real name Kevin Smith, grew up in the Bronx and became the in-house DJ at the Disco Fever and also deejayed at the Harlem World.

This classic Peter Brown production with the instrumental by the Land Of Hits Orchestra on the flip was his debut release as a rapper.

The record was also bootlegged with the same vocal and instrumental versions in 2015.