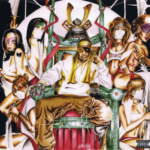 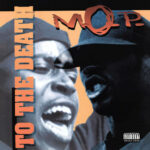 One of the more unsung talents that came out of the Gang Starr Foundation was the Brooklyn-based duo Group Home, consisting of MCs Lil Dap and Melachi The Nutcracker. Dap was first showcased on the Gang Starr posse cut I’m The Man, on 1992s Daily Operation; Melachi appeared on Words From The Nutcracker from 1993s Hard To Earn. The early Group Home song So Called Friends was also featured on 1993s now-legendary Gangstarr Foundation Sampler, which also gave the world Jeru’s Come Clean.

By 1995, Dap and Melachi had paid their dues and finally got their own full-length: Livin Proof. And it was everything that Gang Starr and any true school hip-hop fans could have wanted, produced almost entirely by DJ Premier (with two exceptions: Serious Rap Shit helmed by Guru himself; and 4 Give My Sins, produced by Jay-Z mentor Jaz-O (aka Big Jazz).

Beyond the album’s classic singles – Supa Star, Livin Proof and Suspended In Time – there are Premier-overseen classics all over, including The Realness, Inna Citi Life, and Sacrifice. In fact, many Gang Starr scholars agree that the beats on Living Proof are in the Top 5 of all Premier-produced albums – no small boast, but certainly hard to disprove.