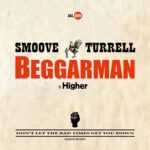 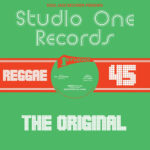 The man, the myth, the funk-fountain that is Danny ‘Soopasoul’ Bennett is back with another storming 7” release that will get your feet itching and your booty wiggling.

‘If It Ain’t Funky Back It Up’ is an anthem for the stalwarts of good old fashioned musicianship and groove. Channelling the likes of classic funk bands like The JB’s, The Meters and Cymande it’s another stone cold floor filler from a man whose name who is on the lips of everyone in the know in DJ circles.

Soopasoul is an elusive legend in the scene, rarely doing interviews or performing live but since his critically acclaimed debut album ‘Twin Stix’ was released he’s regularly topped vinyl charts with his hugely popular edits series and enjoyed regular support on BBC6Music making him a cult figure.

This track shows no signs of him losing his Midas touch with his funk productions – this 2-parter is destined to follow in the footsteps of his other releases and become a staple dancefloor weapon in the DJ’s 45 arsenal.

Coming complete with a catchy refrain, choppy funk guitar, bouncing bass and a groove so deep you could run a plough through it this certainly isn’t your run-of-the-mill funk fodder… You’d be a fool not to check it out!

Soopasoul – If It Ain’t Funky, Back It Up (7″ Reissue) [Jalapeno Records]