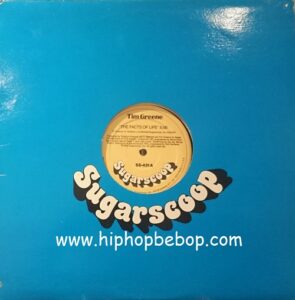 Second track by Tim Greene, produced by Raul Rodriguez (R.I.P.) and featuring Baby T and the debut appearance of Lady Crush. The track was recorded in 1984 but wasn’t released until 1985 after “The Dub Of Life” was added.