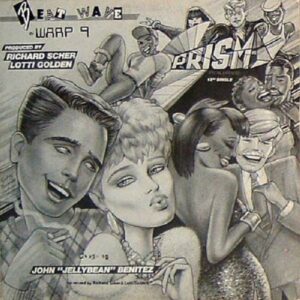 This is the third release from Warp 9 and once again there are two different promo copies. One is the same as the general release with a dub mix but the other contains two different length radio versions and has a slightly different catalogue number.