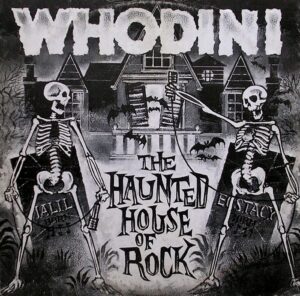 Great Halloween rap and second release from Whodini, produced by the UK’s Willesden Dodgers with an excellent vocoder mix on the flip.

All versions had the same track listing.