I just thought I’d give a little insight into my music background and how this site came about. If you have the patience, thanks for reading.

I grew up on the outskirts of London in the early 1980’s listening to Tim Westwood on pirate station LWR 92.5FM. I remember I had an hours bus ride to and from school and used to try to sneak out early so I could get back in time to listen to his show, sometimes only to find the transmitters were down so all you heard was hiss.

Things became easier when The Boss, the late Mike Allen (R.I.P.), began his Rap Show on  Capital Radio towards the end of 1984. Hip Hop was being played on a major station for once. Mike went on to host Electro Rock: Hip Hop At The Hippodrome and the never to be repeated, greatest UK hip hop concert ever, UK Fresh ’86’, in conjunction with Capital Radio and Morgan Khan’s Street Sounds. Other shows soon popped up as well  including Dave Pearce’s Fresh Start To The Week and Max LX & Dave VJ on Kiss FM.

I was a bit of a jack of all trades, master of none. I used to attempt a bit of breakdancing and body-popping here and there, none of which I was any good at. My love of art quickly got me into graffiti though. I used to skip school sometimes so I could open up cardboard boxes and tape them together so people could break on them. I loved graffin’ them up.

I only ever attempted a piece on a wall once and got caught by an off-duty policeman, of all people. I never really did another piece like that again but I did decorate a couple of bedrooms for friends and also a wooden floor for a friends 16th birthday. Her parents didn’t mind as they were laying a new carpet over it eventually anyway. It’s still there today. The rest of my graffiti skills stayed just on paper.

Right, that’s the boring introduction over with. Now I found my passion for music and buying records.

Once I had my first job, I found my local record store, Cruisin Records, and that was it. My weekly wage was gone in a few minutes. I got to know the owner, Ralph (R.I.P.), really well and he also got to know what I liked. It got to the point where I’d go there on a Saturday afternoon after the import van had delivered and just ask how much my bag was. I didn’t even know what was in it. Ralph never once sold me a dud tune.

Once the job changed and my income increased, I found the joys of venturing into London to buy my records. A big favourite of most people back then was the hugely popular Groove Records. If they didn’t have it, no one had it.

Sometime around 1986, I purchased my first set of turntables. I actually bought a complete set-up on hire purchase and it was awesome. I didn’t really think about the cost of paying for them. It was a hire purchase agreement so didn’t really feel like I was spending any money. I had a nice new set of black Technics SL1210’s and now had to learn to scratch. I never really learnt enough to be outstanding but I was happy. Even to this day, my scratching skills are stuck in the mid-’80s.

Boot fairs and Record fairs were a great way to pick up all the older hip hop bits I missed. Back then there was a huge ‘Rare groove’ revival so the record collectors were crate-digging for funk, jazz and breakbeats. Records that are commonly known to us now were really big discoveries back then. I was lucky. I loved that scene but couldn’t afford to buy everything so, except for a few cheap but great tracks, I just stuck to buying hip hop and it was selling for peanuts, unlike the ‘rares’. 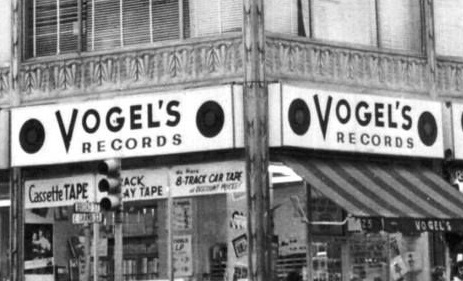 I eventually had the idea to visit New York and do some crate digging of my own so I could bring records back to sell. I sold up my record collection and turntables around 1987 and made my first trip. For some reason, I ended up visiting New Jersey instead although I can’t remember why. It was so far from home but I felt so comfortable there, and the record shops didn’t disappoint. I can’t remember all the names, although Vogels springs to mind. One shop I visited was formerly the home of Beauty & The Beat Records. They had so much stock selling cheap.

I returned with a few boxes of gold and started selling by mail order. I called myself Fatman Mail Order and used to advertise in the back of Blues & Soul magazine. Unlike the ease of doing something like that today, back then it was a task. The list was made on a typewriter and then taken to my local post office to print off 100+ copies of each sheet. Then it was back home to staple them all together ready to send out.

Beat Street Mail Order soon came about and their stock list was vast. I built up a good relationship with Allen & Tina and would sometimes visit them at home to help them price up the new stock. Obviously, it had the bonus of getting a slightly better price for myself and also getting to see all the one-offs that arrived which never made it to the list.

I also ventured into music production in the late ’80s with my friend Sammy B the Fearless MC. We made a couple of tracks together which I may post on here one day when I clean up the audio. We visited Jive Records and had the possibility of a future deal but it all centred on the success of one artist. Their idea was to have a UK showcase in the US. Needless to say, their artist wasn’t as big as they expected so the idea was scrapped.

After a while, I realised that it would be beneficial for me to keep a list of the releases that came in and where they came from so I started to keep a record of them. This made it easier to obtain people’s requests if we were sold out at the time.

Fast forward a few years and I transferred the list onto an Excel spreadsheet for my own use. I used to update it regularly with new releases that I found out about either in the shops or in magazines. I eventually thought it would be a good idea for a website but had little knowledge of how to even begin. My good friend, Remi, taught me the basics of HTML so I began experimenting. Software called Dreamweaver soon arrived which made the whole process far easier so I built myself a small site. It never actually went any further than my PC because I wanted a searchable database which was difficult to do at the time.

The idea was put on hold indefinitely but I continued to update the database. Soon I discovered a website where you could make your own book. I thought I’d put the database into a book instead so started to investigate how to make it happen. It was while trying to plan this that I found out about the forthcoming release of The Rap Records by Freddy Fresh. This was exactly what I wanted to do but in the form of a website. Being a record collector it was inevitable that I would eventually stumble upon Discogs. This was what I wanted to accomplish but just based on hip hop. It all seemed pointless now so I stopped updating the spreadsheet and was on the verge of deleting it completely when an old friend popped back up on my radar.

I posted an image of a record on Instagram one day and received a message from my friend Clandest who I’d lost touch with over the years. I first met him when I sold my record collection to raise funds to visit the US. We arranged to meet and catch up on the years gone by. Turns out, he’d started to learn music production and had a few nice things sitting on his hard drive. He showed me a blog that he started called Ronsoul. It’s not really active anymore but it’s still there. He used to post images of his records and write a few words about them. He was the main influence in me putting this site together. I started doing a blog myself and it just got bigger and bigger until I decided to just do it properly and not worry about the books and other websites.

In the meantime, Clandest had hooked up with Silver Fox of the Fantasy Three and was producing a new track for him. The idea was to make a follow-up to his 1984 track The Buck Stops Here. When it came to pressing it up, I got together with Clandest, graffiti artist Diseone and DJ Credit One to fund the project. It didn’t really matter how many sold, it was more the buzz we got out of working with someone that we grew up listening to. We were trying to decide whether to release it as a white-label or just make up a new label name. It didn’t even cross my mind to start a record label but when Clandest suggested using the website, that was it, Hip Hop Be Bop Records was born.

My focus is on hip hop releases from 1979-1986 with most content originating from, but not exclusive to, the US and the UK. I’m trying to contact artists, producers and anyone that was involved in making these records back in the day in the hope that I can add a little extra information here and there to make the site more interesting. Things may seem a little slow at times but please keep checking back for new updates. The website is only myself so I can’t post as quick as I’d like to.

If you enjoy visiting and would like to contribute financially to the running of the site please visit the online store where you can buy the latest Hip Hop Be Bop releases plus many other titles.

Anyway, that’s my story. Hope it didn’t bore you to death. 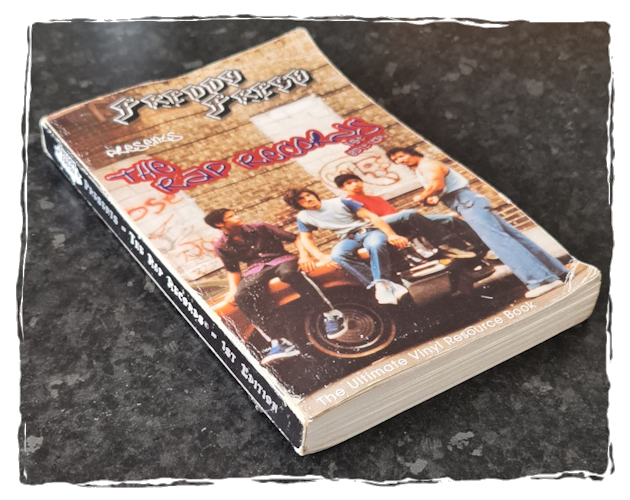