Originally from Boston, Arthur Baker began his music career as a DJ in the 1970’s but quickly discovered it wasn’t for him so turned to production. Losing You by Canada’s The Hearts Of Stone was his debut production in 1977, quickly followed by the mellow soul single Touch Me by C.L. Smith. In 1979 he produced Joe Bataan‘s Rap-O Clap-O but was uncredited and also formed the group North End with Russell Presto and Tony Carbone, releasing their first single on the disco label, West End Records before taking the group to Emergency Records for their subsequent releases.

Following a move to New York, he began working with artists such as Michael Jonzun, Maurice Starr, The Latin Rascals, etc, and then in 1982, together with his production partner, John Robie, produced the classic Planet Rock by Afrika Bambaataa and the Soul Sonic Force and Play At Your Own Risk by Planet Patrol which they recorded in the same session. The same year he also started his first record label, Streetwise Records, releasing tracks by Rockers Revenge, Nairobi & The Awesome Foursome, New Edition, Freeez and many more.

The classic hip hop movie, Beat Street, came in 1984 and he produced tracks by Afrika Bambaataa and Cindy Mizelle for the soundtrack plus his debut single credited as an artist, the b-boy anthem, Breakers Revenge. The track was used for one of the most iconic moments in the movie when the Rock Steady Crew battled the New York City Breakers at The Roxy. It was edited by The Latin Rascals and featured the vocals from Gavin Christopher (R.I.P.), brother of house diva, Shawn Christopher.

Please note that although Arthur Baker was a member of various groups, I’ve only listed a couple above which are more directly related to this website. 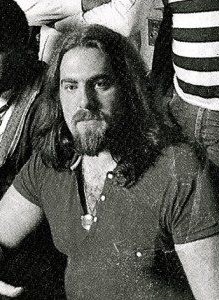 Notes: There are two different releases of this. If you notice, the hype sticker states the extended vocal version at 7:25 but the label contradicts this and states 7:27.
In fact, there is a 7:27 version which includes the instantly recognisable “Break, Break” intro and also a version which omits this and is 7:25 as per the hype sticker.
Unfortunately, as far as I know, the only way to distinguish between the two is to actually play them. There are also two matching promo releases which also include these two variations. In all releases there are no variations of the labels or hype sticker.