Instrumental track from R&B group, Autumn, taken from the movie Krush Groove. It was produced by Geo Cooper and was originally titled Prisoner Of Love but the title was changed when it was accepted for the film. Although it was heard in various parts it wasn’t actually included on the soundtrack release so remains a 12″ single release only, although it also appeared as a B side to the 7″ release of Krush Groove All Stars ‘Krush Groovin’.

The official release contains two extra tracks which don’t appear on the promo version although they are listed on the promo sleeve. 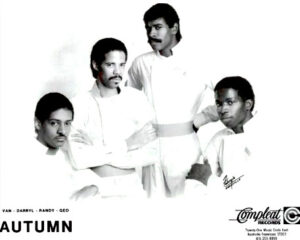 Side A
Side B
Promo sleeve. Front and back are identical.
Previous
Next

Side A
Side B
Company sleeve with hype sticker.
Previous
Next