Disco Daddy (Michael Khalfani) was the first DJ, MC and rap recording artist on the West Coast and is referred to as the Father of West Coast Hip Hop. He is currently on the advisory board for the Universal Hip Hop Museum in New York.

He began as a DJ and party promoter in the mid to late 1970’s before venturing into the world of rap. Influenced by the likes of Frankie Crocker, he would often perform short raps while DJing and, after hearing Rapper’s Delight, decided to perfect his rapping skills. 1981 was probably the starting point of his official rap career.

After winning a rap battle he was offered a recording contract with Rappers Rapp Records where he was partnered with another newcomer, Captain Rapp (Larry Earl Glenn), for the label’s debut release, The Gigolo Rapp in 1981. The record became a local success but unfortunately the father and son team of Duffy and Jerry Hooks were unprepared for it’s popularity and had no money to release the record nationally so, after a falling-out, the group left the label and the masters were eventually sold to California Gold Records.

Threatened with their track being credited to a fictitious artist resulting in no royalties being paid, Disco Daddy had no choice but to sign with the label and went on to record Zodiac Rhymes, a track dedicated to his friend Magic Mike, which was released a couple of years later. Unfortunately the label went ahead and released The Gigolo Rapp anyway under the name Captain Crunch & The Funky Bunch and slightly retitled, The Gigolo Groove, which prevented the duo from receiving any royalties or money from touring.

The following year he released Chasin’ The Rock under his alias, MEGA-byTE. The new name was his idea to reflect the growing computer age and elctronic music. 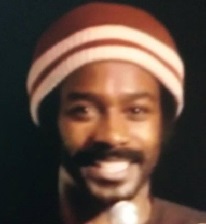 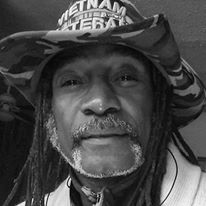