Doctor Funnkenstein, otherwise known as Maxx Kidd (Carl Lomax Kidd), was a Washington DC based producer and promoter who helped pioneer the new genre of go-go music, a mix of hip hop, funk and soul. He was also the owner of D.E.T.T. Records, the sister label of T.T.E.D. Records.

It was during a studio session recording scratches for Doctor Rocx & Co.’s ‘Takin It To The Floor’ that Maxx was introduced to an upcoming DJ named Cash Money (Jerome Hewlett). Impressed by the young DJ’s skills he suggested that Cash did a mix of go-go releases from his label and paid him a very small fee to do so. The end result were two one-take scratch mixes which became known as ‘Scratchin To The Funk’. Part 1 was based solely on Trouble Funk’s ‘Pump Me Up’ whereas Part 2 mixed it up with ‘Drop The Bomb’ by Trouble Funk and scratches from ‘We Need Some Money’ by Chuck Brown & The Soul Searchers.

The mixes were released on Sound Makers Records and credited to Doctor Funnkenstein, an alias which Max used to avoid the groups on T.T.E.D. finding out his true identity and demanding increased royalties, and was the only release credited to his name.

The first pressing credits Cash Money on the label, however, when he found out how well the record was selling he enlisted the help of lawyers to try and obtain royalties but to combat this, Max just removed the name DJ Cash Money.

Cash Money went on to win the DMC 1988 World DJ Championship and was also the first DJ to be inducted into the Technics DJ Hall Of Fame. 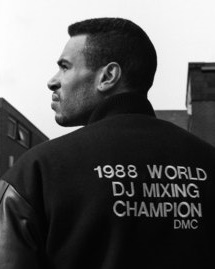 Scratchin' To The Funk