After school, he served in the US military and had planned on pursuing a career as a DJ and club promoter but despite his attempts to stay on the straight and narrow, he found himself involved with the LA gangs and a life of crime.

WHAT HAPPENED, HOW I STARTED MAKING RECORDS I WAS SAYING RHYMES TO THESE GIRLS AT A BEAUTY PARLOR, I WAS AT A BEAUTY PARLOR RIGHT GETTING MY HAIR DONE, GETTING MY FLY WHIPPED UP AND I’M SAYING THESE RHYMES AND THESE GUYS WALKED IN AND THEY SAID WOULD YOU LIKE TO MAKE A RECORD? I’M LIKE WHO ARE YOU? THEY’RE LIKE WE HAVE A RECORDING STUDIO WE CAN MAKE A RECORD, SO IT WAS KIND OF LIKE RUN DMC YOU KNOW THE CHAUFFER DROVE OFF AND HE NEVER CAME BACK. THEY THREW ME IN A CAR, THEY TOOK ME TO A STUDIO, LITTLE DID I KNOW THEY HAD A TRACK THAT WAS MADE BY JIMMY JAM AND TERRY LEWIS WITH SOME GIRLS SINGING ON IT. THEY ERASED THE GIRLS AND THEY PUT ME ON THE TRACK. THAT WAS MY FIRST RECORD WAS CALLED COLD WIND MADNESS. THAT CAME OUT IN 1982. THAT RECORD UH GOT ME KNOWN TO A RAP CLUB IN L.A. THAT WAS CALLED THE RADIO. [Ice T – West Coast Pioneers]

Originally a label from the 1960s, Saturn Records was revived in the 1980s and The Coldest Rap b/w Cold-Wind Madness was its first 12″ release and was also Ice T’s debut. It features the early musical talents of Daniel Sofer and The Time which included Jimmy Jam & Terry Lewis. The original demo recording was pressed as an acetate called Congo Rap b/w Too Cold.

The Track “Congo Rap” is a kind of early Version of “Cold Wind-Madness”, but pure Old School Rap style! Just some spacy sounds, a slappin’ snare ….. and the “Cold Wind-Madness” Rhymes, but definitely a different Rap Recording ! Absolutely mind blowing !

Only one copy of this Acetate exist which makes it even more interesting, I would say that this is the first professional recording of Ice T which have been put on Vinyl (Metal), definitely a heavy piece of West Coast Hip Hop History, this one belong to a Museum !!!!! By the way, on the B-Side you find the Vocal + Instrumental Versions of a track called “Too Cold”, indeed this is “Cold Wind-Madness/The Coldest Rap”. Later it came out on the amazing “Saturn Records” Label ! More or less these are the same Versions as on the the official Release, slightly different !  [Fab]

There are a few label variations for this release which are pictured below. As the catalogue numbers suggest, The Coldest Rap [SAT-1001] was originally the A-side but the tracks were reversed when it was released again as Cold Wind-Madness [SAT-1002]. Also, the first pressing on Saturn gave thanks to The Time which was removed on the later pressing.

In 1983 Ice T appeared in the documentary Breaking And Entering as part of the Radio Crew alongside Egyptian Lover, Super AJ and Chris “The Glove” Taylor. The documentary explored the LA hip hop scene in the early 1980s and was accompanied by a very limited vinyl soundtrack of which there were only 25 copies pressed.

In 1984 Ice T also appeared (Uncredited) in an episode of the TV series, Fame, and in the same year, appeared as the MC, together with his DJ, Chris “The Glove” Taylor in the movie Breakin’ in the dance battle scenes at the Radiotron. Following the success of the movie, Breakin’ 2 shortly followed in which he featured again. The single, Reckless, followed but is listed in Chris “The Glove” Taylor’s discography.

In 1985, Ice T released a single for David Storrs’ short-lived Electrobeat Records entitled Killers b/w Body Rock for which there are a few label variations. He also recorded further tracks for Electrobeat: Speed, Cold As Ever, and Party People, but they were never released. They did eventually appear some years later on a compilation titled Cold As Ever. Following Electrobeat, Ice then released two classic singles for Unknown DJ’s Techno Hop Records in 1986. The following year he signed with a major label, Sire, and the rest is history.

Ice T went on to release several highly successful albums, spawning classic singles such as Power, Lethal Weapon, High Rollers, You Played Yourself and many more. As an accomplished actor, he also appeared in the movies Trespass, New Jack City, CB4, etc and became a household name with his reality show, Ice Loves Coco, featuring his wife, Coco Austin, together with his long-running position as Detective Odafin Tutuola on the TV series, Law & Order. 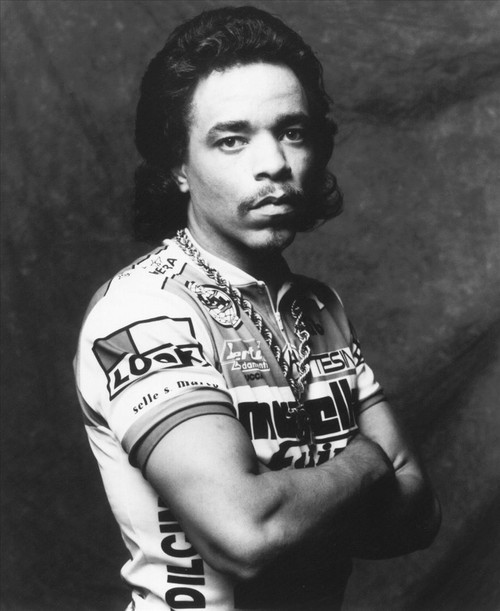 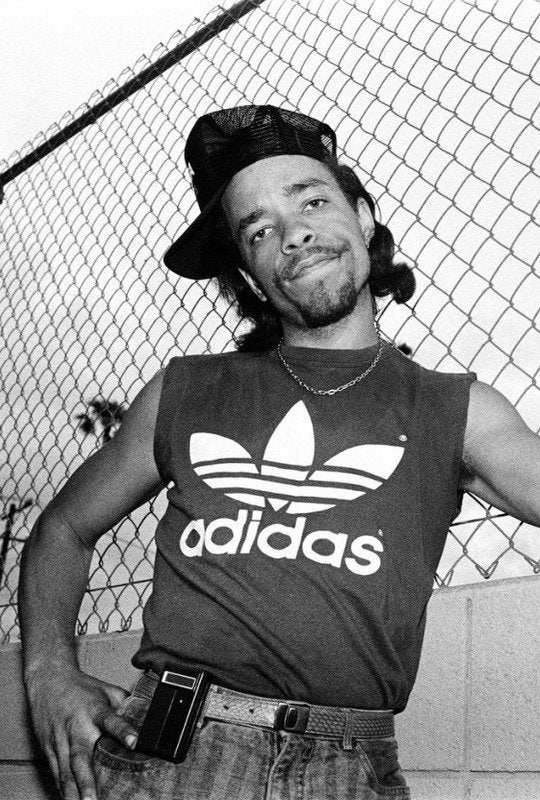 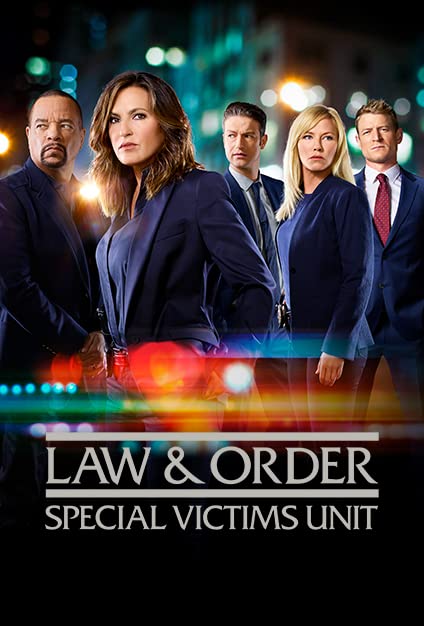 Notes: Huge thanks to Fab for the additional information and images.

Notes: This is the first pressing, SAT-1001. It includes 4 individual tracks and gives thanks to The Time on the label.

Notes: This is the second pressing, SAT-1002, of which there are two label variations that I know of. One version gives thanks to The Time on the label and the other omits this.

Notes: This is the 1986 reissue of which there are a couple of variations that I know of, one being a more modern pressing. They both have the Housejam Records logo but one version only has the word Records printed on one side, the other just has Housejam. You’ll also notice that the logos and the Ice T image are printed higher on the labels and the text uses a different font.

Notes: There are a couple of variations of the original pressing, one blue label and one white.

The record was repressed in the 2000s with a blue label, however, some copies are mispressed with the same label on both sides. Reissues can be determined by the additional smaller press ring.

Side 1 is printed on both labels of all versions so the A & B-sides have been determined by the matrix numbers in the runout grooves.

Notes: There are a couple of variations, one with black text and the other with red. Also, note there are no track times on the B-side.