Jay Burnett is an audio mixer, editor, producer and engineer who, after graduating at NYU film school, began his music career at Electric Lady Studios in New York in the late 1970’s before moving on to Unique Recording Studios and then Shakedown Sound. He has worked with artists across all genres but most notably in the early 1980’s, he engineered some of the biggest hip hop/electro tracks by the likes of Afrika Bambaataa, Hashim, Jonzun Crew, Planet Patrol, etc and was also involved in the early Def Jam releases. On Bambaataa‘s ‘Planet Rock’ it’s actually Jay doing the vocals “Rock, rock the planet rock, don’t stop”.

In 1982 he released a track using the name Drum Machine, simply titled ‘Drum Machine’ on his own Jayco Records. The track was sampled by the Beastie Boys on ‘Beastie Groove’ for Def Jam‘s second purple sleeve release in 1984 and was given a new lease of life the following year when he re-made it as Burzootie with vocals from MCA (Adam Yauch) of the Beastie Boys.

Jay later moved to the UK where he continues to work in the music industry. You can contact him at Linkedin for all your music needs. 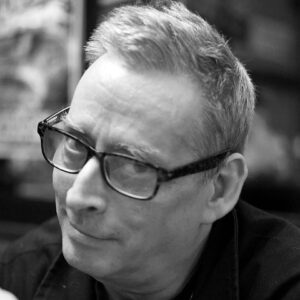