Douglas ‘Jocko’ Henderson (R.I.P.) was a DJ from Baltimore who began his broadcasting career at W.S.I.D. before moving to W.H.A.T. in Philadelphia, where he further developed his distinct rhyming style, a style he learned from fellow Baltimore DJ Maurice ‘Hot Rod’ Hulbert.

In the early 1960’s he released the soul/blues tracks A Little Bit Of Everything b/w Blast Off To Love on Wand and also had greatest hits collections Jocko’s Show Stoppers and Jocko’s Rocket To The Stars released in his name from Wand and its parent company Scepter.

Continuing the Rocket theme he released his debut rap release, The Rocketship, on Spaced Out Records in 1979. Later the same year the track was picked up and released on the legendary Philadelphia International Records. Both releases featured exactly the same tracklist.

Later the same year, he released Rhythm Talk using the music from McFadden & Whitehead’s Ain’t No Stoppin Us Now, which appeared as an instrumental on the B side. The track was a huge success both in the USA and overseas and was released in a number of other countries.

Finally, in 1983, he released Everybody’s Uptight for Sylvia Robinson’s Sugarhill label. There were a couple of label variations to note which have slight differences in the way the title is printed. Aside from the differing layout, one reads Up Tight as two words and the other reads Uptight. 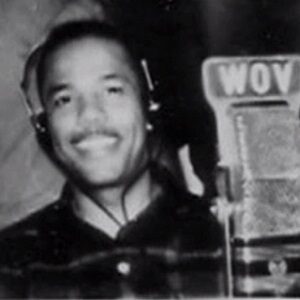 Everybody's Uptight (Tryin' To Get Their Money Right)

Notes: Note the label variation with a slightly different spelling of the title: Everybody’s Up Tight (Trying To Get Their Money Right)