Member of: The Ring, Solo

Marcus Barone was a session keyboard studio musician in New York City from 1979 before relocating to Los Angeles in 1985.

He was the founder and producer of disco group, The Ring, which had a hit with ‘Savage Lover’ which hit #1 pop charts in Mexico (Billboard) and #22 dance charts (Billboard), and released several singles and an album for Vanguard. He was also a member of hip hop/electro group Solo, together with Mark Berry and Arthur Baker‘s right-hand man, John Robie. The group released a single titled ‘Girls, Girls (Ah-Ah-Hi)’ on Next Plateau in 1984.

In the early 1980s a new sampler came on the market, the Emulator, but priced at around $14,000 it was way beyond most people’s affordability. That didn’t deter Marcus though. To purchase it he managed to strike a deal with Sugarscoop and Emergency Records. He would perform on their records for one year at 50% of his usual fee and in return, they would fund half the cost of the sampler.

As a result, Marcus played keyboards and helped co-write some of the big electro tracks of the time. Working with Man Parrish & Raul Rodriguez, he performed on tracks by Two Sisters and C.O.D. to name a few but wasn’t always credited. One of his proudest moments was playing on C.O.D.‘s ‘Uphill (Peace Of Mind)’. He also performed on tracks by Lifehouse, Matt Nathanson, Quiet Riot, Alisha, Steve Stevens, David Hasselhoff,  Gloria Gaynor,  Human League, etc.

1984 saw Marcus release his only single as an artist, Barone. ‘Shake It Up (Till Ya drop)’ was written and produced by himself and Joel Diamond and mixed by Shep Pettibone.

After his career as a studio musician, he went on to become a motion picture music executive and supervisor overlooking music for lots of movies including Gang Related, Behind Enemy Lines, Beverly Hills Ninja, Dumb And Dumber, etc plus TV programs such as ER, America’s Got Talent and Dancing With The Stars,  to name a few. He is currently the President, Supervisor and Executive in Charge of Music at Film Music Group in Los Angeles. 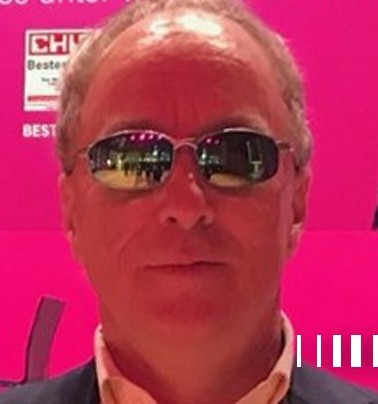