The Rappin Reverend aka Dr. C. Dexter Wise III, was a pastor at the Shiloh Baptist Church in Columbus, Ohio. He saw that the youth were becoming less interested in religion so decided to package it in a way that would appeal to the younger generation, by way of rap music.

He released one of the first examples of Christian rap, I Ain’t Into That, on the Church’s own record label, Raise Records in 1986. Things obviously went far better than expected as not only did he increase his congregation but he also landed a hit record.

The track was picked up and reissued by Fantasy the following year which in turn lead to a UK release on Cooltempo Records and a European release on Fantasy/ZYX. It reached #85 in the UK national chart but an impressive #14 in the UK dance chart.

In 1988 he followed this up with Be A Man, once again on Raise records and the following year he released his only album, Crack Attack!, on the renamed church label, Rapture Records. 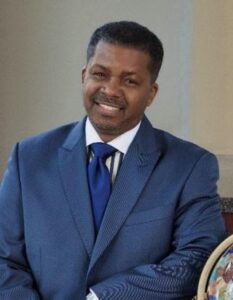 I Ain't Into That

Side A
Side B
Front cover
Back cover
Previous
Next

Side A
Side B
Front cover
Back cover
Previous
Next