Originally born in Guyana, The Mexicano (Rudy Grant/Rudolph Grant) settled in the UK in the 1960’s. Both Rudy and his brother Eddy had successful music careers. Eddy began as a member of The Equals and continued to have solo success through the 1980’s (‘I Don’t Want To Dance’, ‘Electric Avenue’, etc). Rudy was a reggae/soca DJ/singer and began as Little Brother Grant in 1970. Soon after, he recorded as The Mexicano before changing to simply Rudy (Rudolph) Grant.

In 1980 he broke from his usual reggae/soca sound and released this disco rap track about the TV show, Dallas. The track is possibly the first UK rap release and is backed with the disco funk track Nightlife Groove recorded by B. Bra aka BBRA. 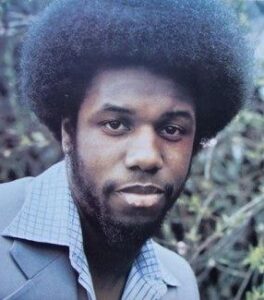