Bobby Broom (Robert Broom Jr.) was born in Harlem and raised in New York City but now resides in Chicago, where he has lived since 1984. He is one of the world’s premiere jazz guitarists and has performed with the likes of Art Blakey, Stanley Turrentine and Miles Davis, to name a few.

Although to date, he has recorded 14 albums, he only actually released a few singles, his last one being the electro funk classic ‘Beat Freak’, taken from his second album ‘Livin’ For The Beat’. It was produced and written by David Spradley and Ted Currier and featured on volume 6 of the classic Street Sounds Electro series. 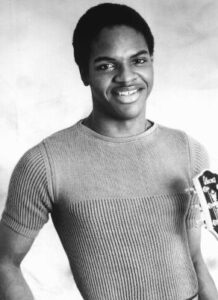