Bronx natives, The Cold Crush Brothers, were Founded in 1978 by the Original DJ Tony Tone (Angelo King) and honed their skills alongside Bambaataa & Soul Sonic Force, Funky Four, etc. They grew to be a force on the rap scene and were well known for their synchronized routines.

Cold Crush battled their rivals, The Fantastic Five, on many occasions, most notably Harlem World 1981. They battled for a $1000 grand prize and Fantastic Five came out on top but after a bootleg tape of the battle circulated public opinion grew in favour of Cold Crush. DJ Charlie Chase also released the battle on vinyl via Slammin’ Records in 1998 but the original sound and feel was lost after he recreated the beats to make them more prominent. The groups battled again on the basketball court in a staged routine for the cult hip hop movie, Wild Style.

Moving on and all this history culminated in the debut release from Cold Crush Brothers called Weekend released on Tuff City/CBS. Their second single was influenced by the punk rock scene which was sweeping through New York at the time and was one of the first to fuse punk with rap. It was simply titled Punk Rock Rap and featured the line ‘Oh my God…’ which was later sampled on Doug E. Fresh’s The Show.

Following their releases on Tuff City/CBS they released two more singles on Tuff City independently, Heartbreakers and their most successful track Fresh, Wild, Fly and Bold.

Although the group never released an album, 1988 saw the release of Feel The Horns followed by the European only release of the album Troopers. It was released as the Cold Crush Brothers but was actually Kay Gee The All and DJ Tony Crush, a point which was corrected on the 2006 US release.

Grandmaster Caz can now be found as a regular tour guide on the Hush Hip Hop Tours in New York City. 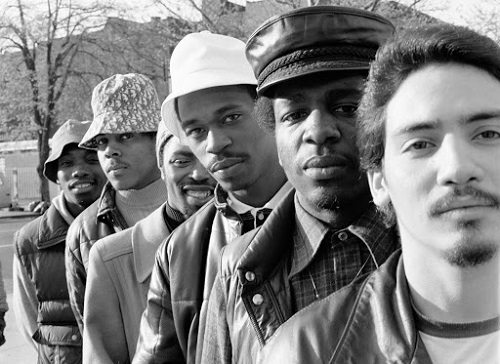 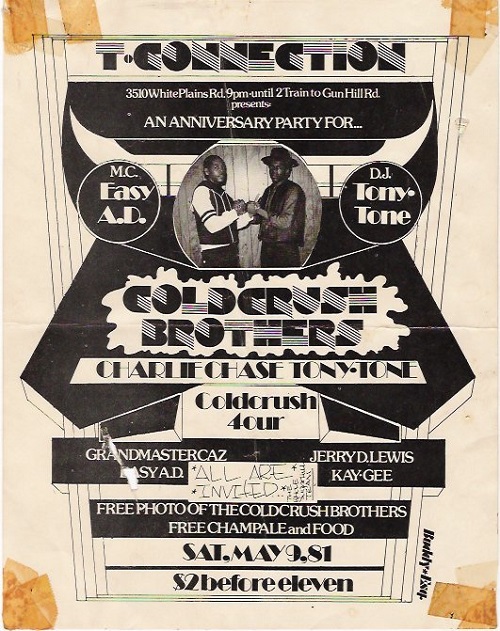 Notes: There are two label variations that I know of. One has white text, the other has silver text and includes ‘Disco Mix by J. Bloodrock’ printed beneath the track duration on the right.

Notes: There are two label variations that I know of. One includes ‘The Sound Of Young New York’ printed below the Tuff City logo ands the other doesn’t.

Notes: The Tuff City label version was released at the same time as the Profile label version but was distributed by Profile and issued in an alternative Profile Associated Labels Sleeve.

Notes: Two different colour label variations of the 1994 reissue with Super 3 on the B side.