MC Junior Gee (Paul Sevier) was one of the UK’s earliest rappers, debuting in 1983 with Caveman Rock. The track was released on Master Funk Records, a label run by Tony Williams, founder of UK soul/funk group, The Funk Masters, who gained chart success the same year with It’s Over featuring Gonzales and an uncredited Juliet Roberts.

Junior Gee was also a member of The Capital Boys and 1984 saw his second release, Check Us Out, together with fellow members, DD, DJ Ambassador, and DJ Scratch, released on Tai Wan Records. Once again, production was handled by Tony Williams.

In 1985 he appeared at the London event, Hip Hop At The Hippodrome alongside artists such as Dizzy Heights, City Limits Crew, Afrika Bambaataa, Lisa Lee and b-boys: Rock City, Broken Glass, London All-Stars, etc. That same year, he was recruited by Morgan Khan to provide vocals for the Mike Allen produced Def Mix of Masquerade’s One Nation, together with MC Lotti G and MC Westrock which was a cover version of Funkadelic’s 1978 hit, One Nation Under A Groove.

1986 saw two more singles; the US released The Truth on Scorcher Records with production by Tony Williams once more; the French released We Want Justice on Creep Records, produced by Phil Harding from PWL.

His final outing as a solo artist was on the 1987 release, The Terminator. Although it’s outside of the usual time frame, I’ve included the details here as it was his final release. The track was produced by Blues and Soul, Smash Hits and The Sun columnist, Damon Rochefort, who went on to have a 1991 hit with his Nomad track, I Wanna Give You Devotion.

In 1989, Paul was recruited by producer, Derek Thompson, better known as Hoodlum Priest. They released one album together, The Heart Of Darkness, and a handful of singles before a split due to creative and religious differences.

Derek Thompson was the bass player for SPK and The Cure before forming Hoodlum Priest.

Junior Gee was voted best UK rap artist in 1985 at the Wag Club. The lyrics he won the competition with were the same lyrics used on his later release, The Truth, which was released by Tony Williams without Junior Gee’s permission.

He is considered to be one of UK hip hop’s founding fathers and rapped with the likes of Dizzy Heights, Man Friday and Jive Junior at the UK’s first rap club, Language Lab, formerly known as Gargoyles in Dean Street, London. He also launched the UK’s first b-boy club called The Breaker’s Yard at The Podium Suite in Victoria, London.

He wrote and performed the rap on Masquerade’s One Nation.

He became a commited Christian and spent most of the 1990s touring with his gospel hip hop group, N-Daze. 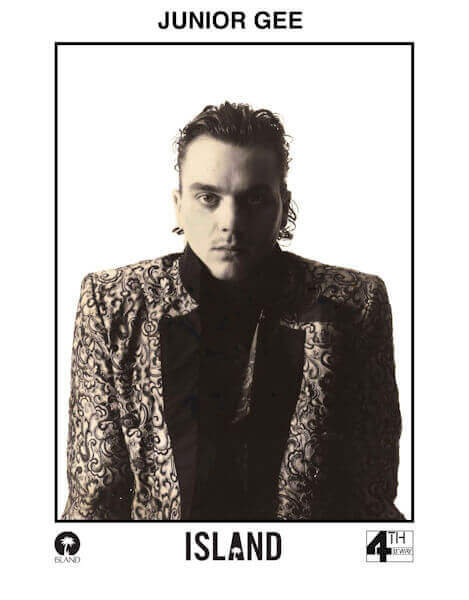 Side B (Funk Masters)

Notes: Just Us is a group from Seattle, USA.

Side A
Side B
Front sleeve
Back sleeve
Previous
Next