Classic slice of electro rap and only release from K-9 Corp featuring Pretty C, as featured on Street Sounds Electro 1. The track was written by David Spradley and Lane Strickland,  sampling George Clinton‘s Atomic Dog, and was actually recorded in the same studio and on the same day as Clinton’s Nubian Nut.

While the official release includes George Clinton‘s Man’s Best Friend on the B-side, there is also a promo release which just includes Dog Talk, censored and X-rated versions.

Another small thing to note is that the artist on the label is printed as K-9 Corp but on the hype sticker on the shrink wrap it’s K-9 Corps. 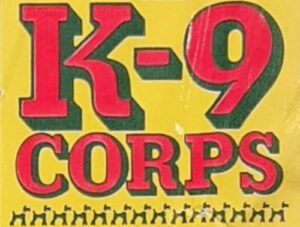 Side A
Side B
Front with hype sticker
Previous
Next