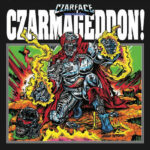 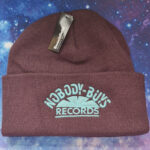 Analog Mutants consist of Phill Most Chill (who just signed for Chuck D’s Spitslam label) on the vocals, DJ Snafu of Bankrupt Europeans (prod. Chill Rob G, Roc Marciano, RA The Rugged Man, AG, Chubb Rock, MC Rise, MC Juice) fame on production and the inimitable DJ Grazzhoppa on the cuts! Some Phill Most Chill fans may have read interviews from as far back as 2016 making references to his excitement at how this project had started to shape up and having the full final project here at NBR we can see why! This is the fourth collaboration between Phill Most Chill and Snafu on NBR after The Fast Rap EP, The Remix EP and Class Dismissed, with Grazzhoppa providing scratches for the previous two also. A video for the 45 drops on May 31st!

Speak Easy is made for Pete Rock/Marley Marl fans! It’s a jazzy, smooth party starter that sees Phill Most with his typically cutting punchlines flipping between single and double speed rhymes effortlessly, stepping all over MC conventions. The beat sees Snafu chop and mutate samples from a multitude of different songs to create a groove that’s an immediate neck snapper, and Grazzhoppa completes the track scratching up various sounds from the 50s throughout the verses and chorus!

I’m On Vacation (808 Remix), exclusive to this 45 and not on the forthcoming 2LP sees Phill Most Chill on his story-telling mode with a wild tale about fighting wife beaters, getting accosted by porno stars and drinking all the margaritas in sight! This remix sees Snafu strip off the Latin samples and go for a moodier 808 driven fast beat, complimented by live bass harmonics and some live hammond also sprinkled in! Grazzhoppa goes totally crazy on this completely blending his scratches into the beat, making the distinction between beat and scratches quite fuzzy at times! The beat has early Wu Tang vibes, and this is definitely one for DJs and big sound systems, b-boys and anyone who needs a dose of adrenaline!