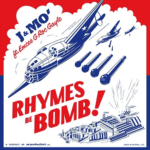 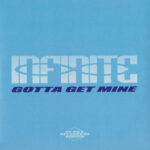 Music Heads by Radio Trip is and remains one of the most far out releases ever had on Jalapeno Records.

In the Noughties, the label was approached with some incredible music by the super talented Mixmonster and Schoolmaster, founding members of the Israeli jazz funk band ‘The Apples’. Produced under their ‘Radio Trip’ moniker, the album was a glorious cut & paste journey into sound, with overtones of musique concrete, brought to life by their fascination with vinyl culture, turntablism and sampling.

Their source material knows no bounds and draws from a diverse palette. Traditional middle eastern meets blues, jazz meets rock, hip hop meets psychedelic, and more all come together into one blossoming, cheerful trip, where the cultures of the world collide.

At the time, music piracy was in its heyday and the vinyl market was supposedly in a death spiral, so it was only released on CD and digital. Now released for the first time on a limited vinyl LP, this gem of an album may be one of those moments you discover a touch of genius in a world where formulaic music is churned out with no soul in it’s bones.