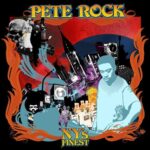 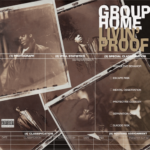 Digi Snacks is the fourth solo studio album by American rapper and producer RZA; the third album under his Bobby Digital alias. Continuing the story from Digital Bullet, the album was originally released in 2008 on Koch Records and in 2022 is available on vinyl for the first time.

The album’s first single, “You Can’t Stop Me Now” features fellow Wu-Tang Clan rapper Inspectah Deck, a track by this name featured in reports of early track listings of the group’s 8 Diagrams album. RZA has since released another track, “Drama” featuring Monk of Black Knights and singer Thea van Seijen.

The album also features production from David Banner (on “Straight Up the Block”, suggested to be the album’s second single), from California producer Panauh Kalayeh and from King Tech, as well as live instrumentation from Wu-Tang Clan-affiliated funk/soul group Stone Mecca.

RZA described the album to Billboard.com as “simply fun hip-hop… a perfect blend of reality, fiction, sci-fi, and martial arts.” The album cover’s design was done by Gary Alford and includes a brief comic within the sleeves.