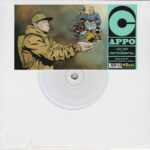 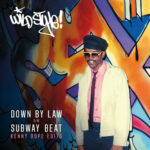 Animal Records – founded by Chris Stein of Blondie fame – only ever released two albums in its brief early-80s history. Wild Style remains the most seminal soundtrack in hip-hop history, a snapshot of the scene as it evolved from the streets to the recording studio. But it’s not just a vital document, it’s also a damn good listen.

The line-up is a who’s who of those who stood out from hip-hop’s nascent block party days. The Double Trouble pairing of Rodney Cee and KK Rockwell, The Chief Rocker himself, Busy Bee, the mighty line-ups of both The Cold Crush Brothers and The Fantastic Freaks. The music captures the free-form, roaming nature of the film – it’s rough at the edges, it’s occasionally amateurish, but it’s completely, utterly glorious.

The original Animal tracklisting, of which this is a reissue, is full of recurring sounds and motifs, all of them co-produced by Chris Stein and Fab Five Freddy, stepping away from breakbeats to produce a sound that reminds you of them, while being totally unique. The epic drums are courtesy of Lenny ‘Ferrari’ Ferraro, a Vietnam vet and punk drummer whose career spanned stints backing Aretha Franklin and Lou Reed.

Over time, those sounds – the Charlie Chase and Grand Wizard Theodore scratches, the indelible lyrics – have become hip-hop touchstones, endlessly sampled and referenced, the bedrock of so much music to follow. That’s because the soundtrack perfectly encapsulated the essence of the film, the scene and hip-hop’s emergence from The Bronx to the attention of the wider world. Presented in this reissue with the original artwork, it remains the blueprint.

This reissue is pressed on yellow vinyl. The album is also available on CD but I haven’t stocked it because the 25th anniversary edition is still available here.